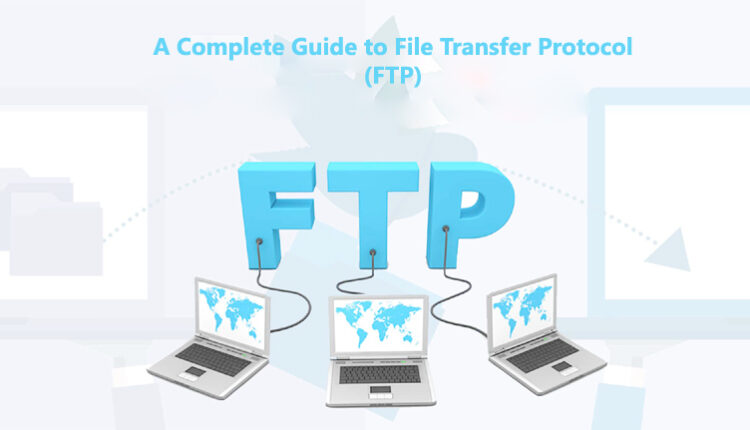 An FTP server is a file transfer protocol used to exchange files and can be located anywhere on the Internet, including game servers, voice servers, Internet hosts, and other physical servers for personal use or for sharing with others.

On April 16, 1971, Abhay Bhushan, then a student at the Massachusetts Institute of Technology, published the first specification for FTP as RFC 114. The original purpose of FTP was to facilitate the transfer of files over ARPANET, the predecessor to the Internet.

During the development of the modern internet, the FTP specification underwent several revisions to take into account networking standards, including TCP/IP. As early as 1980, Jon Postel, a researcher at the Information Sciences Institute at the University of Southern California, developed a new version of FTP, which was defined in RFC 765.

After five years, FTP was redefined again with RFC 959, which introduced new management capabilities, including the ability to create and remove file directories. FTP was primarily used for transferring files between existing file directory structures in earlier iterations.

The RFC 959 specification was updated in 1997 to include new security capabilities defined in RFC 2228. Approximately two years later, FTP was updated to support IPv6 with RFC 2428.

What is FTP (File Transfer Protocol)?

FTP (File Transfer Protocol) is a protocol for transferring files between computers via Transmission Control Protocol/Internet Protocol (TCP/IP). According to the TCP/IP suite, FTP is considered to be an application layer protocol.

As part of an FTP transaction, the end user’s computer is typically referred to as the local host. FTP involves two computers, the first being the remote host, which is typically a server.

It is necessary for both computers to be connected via a network and to be configured appropriately to transfer files via FTP. It is necessary to set up servers to provide FTP services, as well as to install FTP software on clients in order to access these services.

Even though many file transfers can be accomplished using the Hypertext Transfer Protocol (HTTP) — another protocol in the TCP/IP suite — FTP is still widely used to transfer files behind the scenes for other applications, such as banking applications. As well as downloading new applications via web browsers, it is sometimes used for this purpose.

How does FTP work?

A client-server protocol such as FTP relies on two different channels of communication between the client and the server: a command channel for controlling the conversation and a data channel for transmitting files.

The following are the steps involved in a typical FTP transfer:

There are two modes of FTP sessions: active and passive.

When a client initiates a session via a command channel request, the server creates a data connection back to the client and initiates a data transfer.

Using the command channel, the server sends the client the information it needs in order to initiate a data channel. As the client initiates all connections in passive mode, it is compatible with firewalls and network address translation gateways.

FTP can be accessed via a command lines interface, such as the console or terminal window in Microsoft Windows, Apple macOS, or Linux, as well as through a graphical user interface. There is also the possibility of using a web browser to access FTP servers.

Why is FTP important, and what is it used for?

An FTP server is a standard network protocol that can enable the transfer of large files across IP networks. In the absence of FTP, file and data transfer can be managed by other means such as email or HTTP web services-but; these alternatives do not offer the clarity of focus, precision, and control that FTP does.

A file transfer protocol (FTP) is used to transfer files between two systems, and it has several common uses, including the following:

Back-up services and individuals can use FTP to transfer data from one location to a secured backup server.

In the same way that backup involves duplicating data from one system to another, replication involves a more comprehensive approach to provide higher levels of availability and resilience. The use of FTP can also facilitate this process.

A file transfer using FTP can be accomplished in a number of ways using an FTP server and client software, including:

There are several different forms of FTP, but this is the most basic. It enables data transfers without encrypting data or requiring users to provide usernames and passwords. This is most commonly used for downloading materials that are permitted to be distributed unrestrictedly. The program operates on port

It is also a basic FTP service that requires the use of a username and password, although the service may not be encrypted or secure. Additionally, it is compatible with port 21.

An FTP connection is automatically secured by Transport Layer Security (TLS) once a Secure Socket Layer (FTP-SSL) connection is established. In the early days of FTP, FTPS was used to provide a more secure method of transferring data. Typically, port 990 is used by default.

Technically, this is not an FTP protocol, but it functions in a similar manner. Instead, SFTP is a subset of the Secure Shell (SSH) protocol which runs over port 22. System administrators frequently use SSH for remote and secure access to systems and applications, and SFTP provides a mechanism for transferring files over SSH.

What is FTP security?

The security of FTP has also been enhanced through several updates. These include versions that encrypt data via TLS implicitly (FTPS) or explicitly (FTPES) or that utilize SFTP.

By default, FTP does not encrypt traffic, so it is possible to capture packets to read usernames, passwords, and other information. With FTP encryption, data is protected, limiting an attacker’s ability to eavesdrop on a connection and retrieve information.

What is FTP, and how does it work?

The FTP protocol facilitates the transmission of files between computers connected to a network. An FTP connection is established between a client and a server, through which files can be sent and received.

What are the advantages of using FTP?

FTP offers the advantage of being a simple and widely accepted method of transferring files. Furthermore, it is effective when transferring large files, as it is capable of simultaneously transferring multiple files at the same time.

It is important to note that FTP is not a secure protocol by default since the data transferred between the client and server is not encrypted. FTP Secure (FTPS) and Secure FTP (SFTP) are secure versions of FTP that offer data encryption.

It is necessary to use an FTP client software, such as FileZilla or WinSCP, in order to access FTP. Additionally, you will need the login credentials for the FTP server you wish to access.

Can I use FTP to transfer files between different operating systems?

As FTP is a platform-independent protocol, it can be used to transfer files between different operating systems.

What is the difference between FTP, FTPS, and SFTP?

The Best Guide for Using the WPC16 Dashboard

Everything You Need To Know About wpc2026 live